Poetry is such a beautiful and emotional thing. Poems about sports has always fascinated me endlessly. Each of these poems are about several different sports and paint such fabulous pictures, regardless of whether or not you like the sports, you can’t help but respect the poems. So without further ado, here are some of my favorites about sports.

1. A Boy Juggling A Soccer Ball

This poem has such gorgeous and descriptive imagery while describing this seemingly simplistic event. It’s just a boy juggling a soccer ball, nothing outrageously interesting, but the language used turns it into something much more respectable and fantastic.

I love this poem because it makes a game of pickup basketball about so much more than just that. It uses great descriptive language that captures the fun that can come from just playing a simple game of basketball with your best friends, while you go through events in your personal events at the same time. It makes me want to get my friends together and just play the game and make memories.

“A hook shot kisses the rim and hangs there, helplessly, but doesn’t drop,” I love this line because it really puts us in the shoes of somebody playing the game of basketball, in the present tense. We can feel all of the sights and sounds around the boy. Poetry is really a beautiful thing because it takes the most simple words and spins it into something more complicated and striking.
4. The Seventh Inning
This is a very long poem and reads more like a story. But it holds up as a poem due to the structure. I love how the story flows in such a unique way that makes it all the more memorable. It’s filled with words, I typically enjoy poems that are much shorter than this one is. But something about this poem still makes it work and stick out in my mind as being one of the better sports poems.
5. Casey At The Bat
Could I really talk about famous sports poem and leave this one off? It’s by far the most famous poem on the subject and it’s become a type of pop culture phenomenon. There’s an interesting cast of characters that fill the lines of this incredible poem. It also takes you through many different emotions. It’s odd how easily he’s able to get you emotionally invested and just caught up in the story. Basically, the question most fitting for me to ask is, who doesn’t love this one?
by Rachel Geiger

These are some of my favorite sports documentaries of all time. I’ve tried to include many different sports in this list but I’m sure I left some out so let me know if I forgot any of your favorites!

This documentary won an Oscar for Best Documentary and it’s not hard to see why. It follows an inner city high school in Memphis that’s run by a volunteer coach. The stories of these individual players is so touching and interesting. It just gives audiences a lot of insight into the struggles that these kids have to deal with. This is a documentary that’s pretty impossible not to cry over. 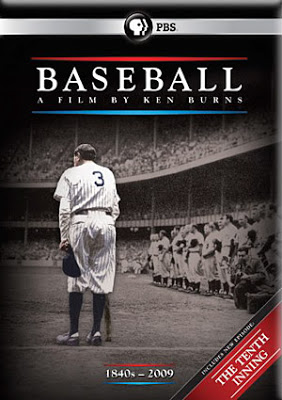 One of the best documentaries about baseball and an extremely long one at that. It’s a very in depth look at the history of baseball. It makes sure to stick as close to the dates and important decades in the sport as possible. As a whole, it’s just a fun documentary that teaches you a lot about all of the players and dates that are significant for baseball.

A timeless documentary that changed the direction of surfing documentaries right around. It takes a unique first person point of view that had a way of making audiences feel that they were actually apart of the story. Bruce Brown’s approach to filming and narrating in this feature in general was something that we hadn’t yet seen. He also showed that the theory “less is more” can be a relevant one when used by the right filmmaker.

This is a long one but it’s far from boring, the length is perfect for you to get involved in the lives of these two high school basketball players who have dreams of playing in the NBA. That plot sounds like a simple one, what basketball player doesn’t have that dream? But as you take a closer look, you realize the racial and economic challenges that these two African American boys have to deal with. It becomes a lot more about their lives outside of the sport and that’s what keeps you at the edge of your seat the entire time.

ESPN 30 for 30 films never disappoint. They always manage to tell such fascinating stories from various points of view. This one in particular revealed a lot about how these underprivileged boys were given the opportunity to play basketball at Michigan. At the time, they came off as being “cocky” and “punks” but this gives us more insight as four of the boys (Chris Webber didn’t want to be apart of it) were interviewed as well as other coaches and reporters around during this time. I gained a lot of respect for them after watching this and seeing how much they truly changed culture and what people thought about them.

30 for 30 isn’t typically known for being so emotional and heartbreaking. Most of the time, just the facts are being presented and it isn’t exactly tear jerking. However, this story about Terry Fox is bound to make even the hardest of hearts shed a few tears. Canadian Terry Fox was a big runner when his leg was amputated at the age of 19 because of cancer. In 1980, he ends up running across Canada on one leg. His relentless work ethic and pure love for running is so heartwarming and inspiring.

An inspiring look at two Philadelphia rival schools being forced to combine their football programs due to budget cuts. The horrors that these kids go through is really emotional. One of the boys Dontae is a big guy who is extremely sensitive and it breaks your heart when the boy struggles with reading out loud. The coach himself is also an inspiration, he began helping these boys after his close friend was murdered. He wanted to help these boys get away from the realities of their lives and focus on the sport they all love.

8. The Battered Bastards Of Baseball

The Portland Mavericks were an independent team owned by Bing Russell, father of actor Kurt Russell who also did some acting himself. The movie is hilarious but also touching to see these underdogs rise to the top in such hilarious fashion. The people interviewed including Kurt Russell, a batboy, players, coaches, Kurt’s mom, and many more give us new dimensions to the story.