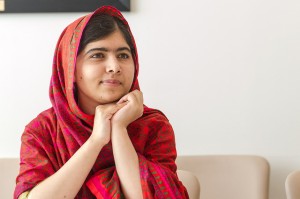 Education is an important privilege that many Americans believe is a right given to them. This isn’t the case, Americans are lucky enough to have this available and accessible but many other countries don’t have that. In other countries, people would actually die to get a proper education. Millions of students risk their lives just to attend school. This seems pretty unfathomable for us since it’s never been anything we’ve had to personally fight for. On the other hand, these many leaders are to be credited for their academic achievements.

One leader to be highlighted is Malala Yousafzai. “Education is neither eastern nor western. Education is education and it’s the right for every human being.” Malala may only be 17 but she’s accomplished so much and used her voice for the greater good. She was shot in the head when she was only 15 years old by the Taliban. They targeted her due to the impact she’s had on girls attending schools in her village. Her dad started the school and Malala had become a voice heard around the world due to her speaking out in BBC journal entries and giving speeches.

This girl is someone we can all learn something from. The major lesson is to stand out and speak up about what you believe in. If you believe there’s some kind of injustice in the world, do something about it. The attitude that you’re just one person that couldn’t possibly make any kind of a difference is completely false. We can all use our voice to change the world. Age is something that doesn’t matter. If you’re passionate about it, then make it happen. Fight for what you believe in because you never know what will come out of it. Malala is making a world of difference in the life of girls around the world by speaking up and not letting anyone tell her that her voice doesn’t matter.