One of the best things about Christmas movies to keep in mind as you watch some holiday favorites with your family is the charming characters. From the smart to the silly, these characters are all different types of heroes in their own personal ways. Charming and endearing, these are some characters that have stuck with me as I’ve watched these Christmas movies growing up. Hopefully you’ll have the same reaction as mine.

Buddy The Elf from Elf

He’s extremely lovable and always happy. He’s love and adoration for Christmas is altogether contagious to say the least. The joy and belief that he has in the holiday is precious and charming. It’s pretty much impossible not to love this character and his spirit.

He always looks on the bright side, maybe to a fault at times. He does what he can for his family. His antics that he finds himself in are entertaining and never get old no matter how many times you’ve seen this movie. He’s a hilarious dad that would definitely be fun to be around.

Ralphie from A Christmas Story

Let’s be real, Ralphie is a major dork. But he’s a dreamer who knows what he wants, even if what he wants isn’t always the smartest thing for him. He’s just a kid finding his way and it’s endearing to be able to watch him grow up within this movie as he navigates through his life.

The Grinch from How the Grinch Stole Christmas 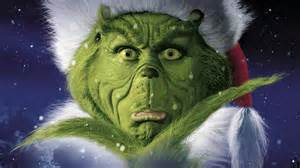 He’s obviously not meant to be a sweet and lovely character. But after seeing everything that the Grinch had to endure as a young boy, you get an idea of why he acts the way he does. He’s been bullied and knocked down many times in life. But the cool thing about this movie is watching him and his heart grow bigger and bigger. He tries to be a mean evil guy, but at the end of the day he’s just a caring and loving guy that you can’t help but love.

Kevin is a little brat at the beginning of this movie. But once he wakes up and his family is gone, he thinks they left him on purpose. This made him appreciate his family more, especially considering the things he had to deal with when home alone. He was brave and faced the robbers head on which is a lot more than I would’ve done if it was me in his shoes. He’s a clever kid who knows that he must protect his house and think on his feet even if he’s scared.

I’ve already dedicated an entire post to this movie here recently. But any Christmas character list would be incomplete with him missing from it. So basically, George Bailey is the perfect fictional character because he always puts other people before himself. He gave up his chance to see the world in order to remain in his boring little town to run his fathers business. He’s a caring guy who loses some faith in the movie but he always always finds his way in the end.