What can be better than love quotes? Not all that many things. These are my favorite quotes about the messiness and madness that comes with being in love.

1. “You don’t love somebody because they’re perfect, you love them in spite of the fact that they’re not.” – Jodi Picoult

2. “We accept the love we think we deserve.” – Stephen Chbosky

4.  “I love you without knowing how, or when, or from where. I love you simply, without problems or pride: I love you in this way because I do not know any other way of loving but this, in which there is no I or you, so intimate that your hand upon my chest is my hand, so intimate that when I fall asleep your eyes close.” – Pablo Neruda

5. “Have you ever been in love? Horrible isn’t it? It makes you so vulnerable. It opens your chest and it opens up your heart and it means that someone can get inside you and mess you up.” – Neil Gaiman

6. “I am nothing special, of this I am sure. I am a common man with common thoughts and I’ve led a common life. There are no monuments dedicated to me and my name will soon be forgotten, but I’ve loved another with all my heart and soul, and to me, this has always been enough” – Nicholas Sparks

8. “To love at all is to be vulnerable. Love anything and your heart will be wrung and possibly broken. If you want to make sure of keeping it intact you must give it to no one, not even an animal. Wrap it carefully round with hobbies and little luxuries; avoid all entanglements. Lock it up safe in the casket or coffin of your selfishness. But in that casket, safe, dark, motionless, airless, it will change. It will not be broken; it will become unbreakable, impenetrable, irredeemable. To love is to be vulnerable.” – C.S. Lewis

9. “Love is needing someone. Love is putting up with someone’s bad qualities because they somehow complete you.” – Sarah Dessen

10. “I fell in love with her courage, her sincerity, and her flaming self respect. And it’s these things I’d believe in, even if the whole world indulged in wild suspicions that she wasn’t all she should be. I love her and it is the beginning of everything.” – F. Scott Fitzgerald

These are the types of couples on TV shows that you can’t help but love. Either for the fact that they’d make hilarious/amazing parents or the simple fact that they seem to just go together perfectly. Here’s some of my personal favorites that I’ve grown to love over the years.

Cliff and Claire from The Cosby Show 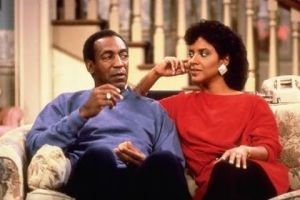 All opinions about Bill Cosby aside – the character he played in this show made the perfect husband. Claire was the ideal mom and she didn’t take Cliff’s crap. He didn’t boss her around and she didn’t sit around and make dinner for him. She was a hard working lawyer and he was a doctor. They were the first and have been really the only above class African American family on television. They are both iconic characters who showed love to each other in so many ways. They both respected each other which is exactly how relationships should be.

Luke and Lorelai from Gilmore Girls

Even though she fought it for many years – from the first episode, it was clear this pair would end up together. They bicker all the time but they banter back and forth like an old married couple and it’s hilarious and sweet. Luke is the only guy in Stars Hallow who can up with Lorelai. They also were close friends before they became involved which is important.

Lilly and Marshall from How I Met Your Mother

They are by far the best matched couple on the show and one of the best on TV as well. They are both so different but they somehow work together perfectly. They are both funny but also the most level headed of the group. It just seems like they’ve been together for such a long time but yet you never get tired of the love they have for each other.

Jim and Pam from The Office

Yet another couple that was clearly meant for each other from the beginning. Jim had a crush on Pam who was a secretary at The Office since pretty much episode one. She had a douche fiancee and Jim basically had to work against that for a majority of the season. The show more or less revolves around their romance since it’s the most endearing and realistic of all the relationships that happen on the show.

April and Andy from Parks and Recreation

By far the most opposite couple on the list. April and Andy are a hilarious and weird couple. It was random when they got married on the show and people kind of thought it was a joke or something. This was one of the first episodes of the show that I really watched and I thought what April said about hating everyone except for him was so much like something I’d say. I instantly loved how this couple interacted with each other and had such remarkable chemistry. It’s a relationship that’s worked out really well on the show and it’s one of my favorites by far.

These are some of my favorite movie couples.

Baby and Johnny from Dirty Dancing

How can you not love them? They both have extremely obvious chemistry. I think it’s funny and pretty much a major testament to their acting abilities that the pair didn’t get along in real life. They were able to sell it on screen in the most convincing way possible.

Sam and Molly from Ghost

Even though Sam dies in the movie and becomes a Ghost, it’s obvious the love that Sam and Molly had. We get to see that in the Unchained Melody scene especially. I just really love how much the two cared for each other.

Princess Buttercup and Wesley from The Princess Bride

By far my favorite movie and couple. Wesley was her farmboy but we all know that “As You Wish” is one of the best lines in movie history. All of the lines the two share about love makes even the hardest heart crumble just a little bit. I mean, even death couldn’t keep the two from reuniting which is rather romantic if you ask me.

Latika and Jamal from Slumdog Millionare 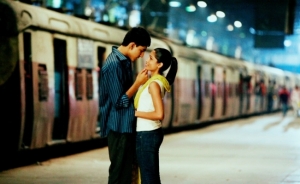 This is a really tragic movie but the ending is beautiful. This couple endures horrible circumstances together. Jamal gets separated from Latika but he never forgets her and he always dreams of finding her. “This is our destiny” is one of my favorite lines. I just absolutely adore Jamal’s endless dedication to Latika. 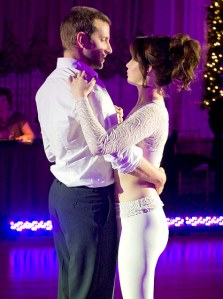 Two people that suffer from mental illness and who feel as if no one really understands them. After Pat comes to his friend Ronnie’s house for dinner, things change for him. That’s where he meets Ronnie’s wife Veronica’s sister Tiffany. Tiffany is a widow who also understands mental illness. Her and Pat bond instantly over the medication that they’ve both taken in a heartwarming and hilarious scene. Yeah, the two definitely fight the romance to the point where you doubt the relationship is going to happen entirely. But it’s not a cliché type relationship, it’s real and that’s why I love it.

Allie and Noah from The Notebook 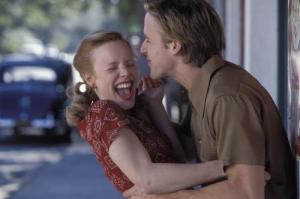 Obviously, I have to mention the book. But I’d feel weird leaving the movie couple off of this list. In my mind, they are one of the best simply due to the chemistry these two bring to the screen. They make the couple seem very much alive. The love story itself is so touching and you can’t help but love it.

Ellie and Carl from Up

Yes, this is an animated Pixar film. But it’s also one of the most beautiful love stories I’ve ever watched unfold that’s under about 30 minutes. We watch the pair age together and more importantly, dream together. This is the only Pixar movie besides Toy Story 3 that’s ever made me cry and this movie just really touched me.

These are just a few celebrity couples out there that have seemed to really last. Who knows what the future holds, but these love stories have given just the slightest bit of hope.

I feel like they have been together for forever. But they still look Crazy In Love despite all the rumors that have happened over the past year or so. Bey and Jay are still going strong. While all the while raising the cutest daughter ever. What relationship could be better really? 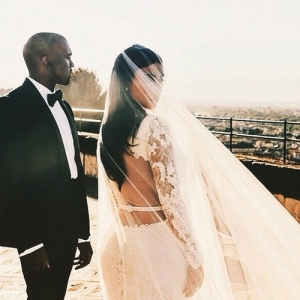 Could there be a cuter couple? These two should never change.

The couple is just a force to be reckoned with. They are one of the longest lasting couples on the list. They also make really cute babies. They seem to just balance each other out. Plus they both have killer model looks and just altogether perfect for each other. 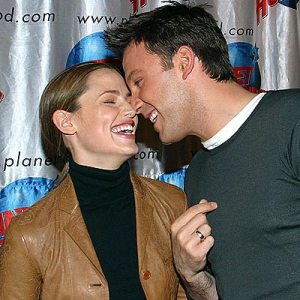 These two seem perfect for each other. The chemistry between them is undeniable. I really couldn’t picture either of them with anybody else. Ben Affleck and Jennifer Garner are definitely my relationship goals for sure.

My younger self should’ve been beyond heartbroken that Seth Cohen got married to someone that wasn’t me or Summer Roberts. But Adam Brody married Blair Wardolf so I suppose that’s okay with me. Both of them are beautiful and deserve to be happy.

Even though she’s taller than him and it may look weird sometimes, they are seriously adorable. Tina and her composer husband have been together for what seems like forever in Hollywood years. They seem to work so well together and that’s something you love to see.

Known for being a powerhouse couple, few Hollywood couples can come to the power couple status of Bradgelina. Who doesn’t want their kind of relationship? They are both perfect.

Two beautiful people that actually belong together. That’s exactly what these two are and it just warms my heart. It makes me even happier that Jessica is pregnant and it brings me comfort that they are bringing a baby into this world.

Nick and Megan are two of the funniest human beings so them being together is absolutely hilarious. I love how silly they act around each other. I have to admit that they are definitely one of my favorite celebrity couples.